On May 18th and 19th, Bujinkan Dojo Belgium had the honor to welcome Michael Pearce as a guest teacher, for the third time already. As usual, Bujinkan Dojo Oostkamp assisted in the oganisation of this event.

For those of you who don't know Michael Pearce (by now)...

He left the US in his twenties and setteled in Japan to study our martial art with grandmaster Masaaki Hatsumi. He is already living an training in Japan for 25 years.

This time, it was more or less a flashvisit following a trip to France. In stead of training a whole day as usual for a seminar, the choice was made to have two intense evening seminars.

During the training the focus was put on these basic elements: just walking and keeping your balance. These are also principles recurring in other martial arts. Therefore, Michael also offered a small taste of Bagua, a (lesser-known) Chinese martial art he also practices, during the warming up.

In itself simple things, until you have to put them in practice. And no, that has nothing to do with your opponent, because he doesn't matter. Moving correctly by yourself is challenging enough, surely when you start pondering about it (what surely happens if it doesn't seem to work).

In short, we had two, though short, but intens trainings, from which we learned a lot. Not so much in a sense that we saw lots of different techniques but they were a wake-up call for a solid base, that then can be used to create anything you desire. A big thanks to Michael, the organisers, the people who attended, the ukes, and probalby till the next time. 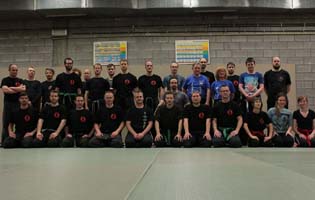 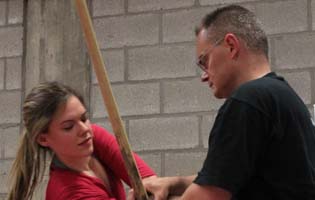 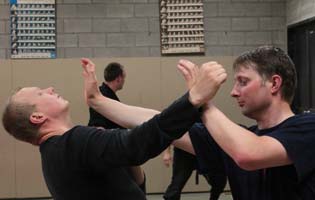 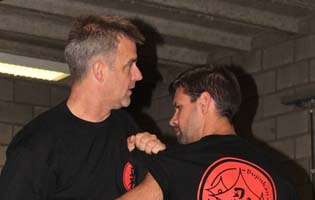